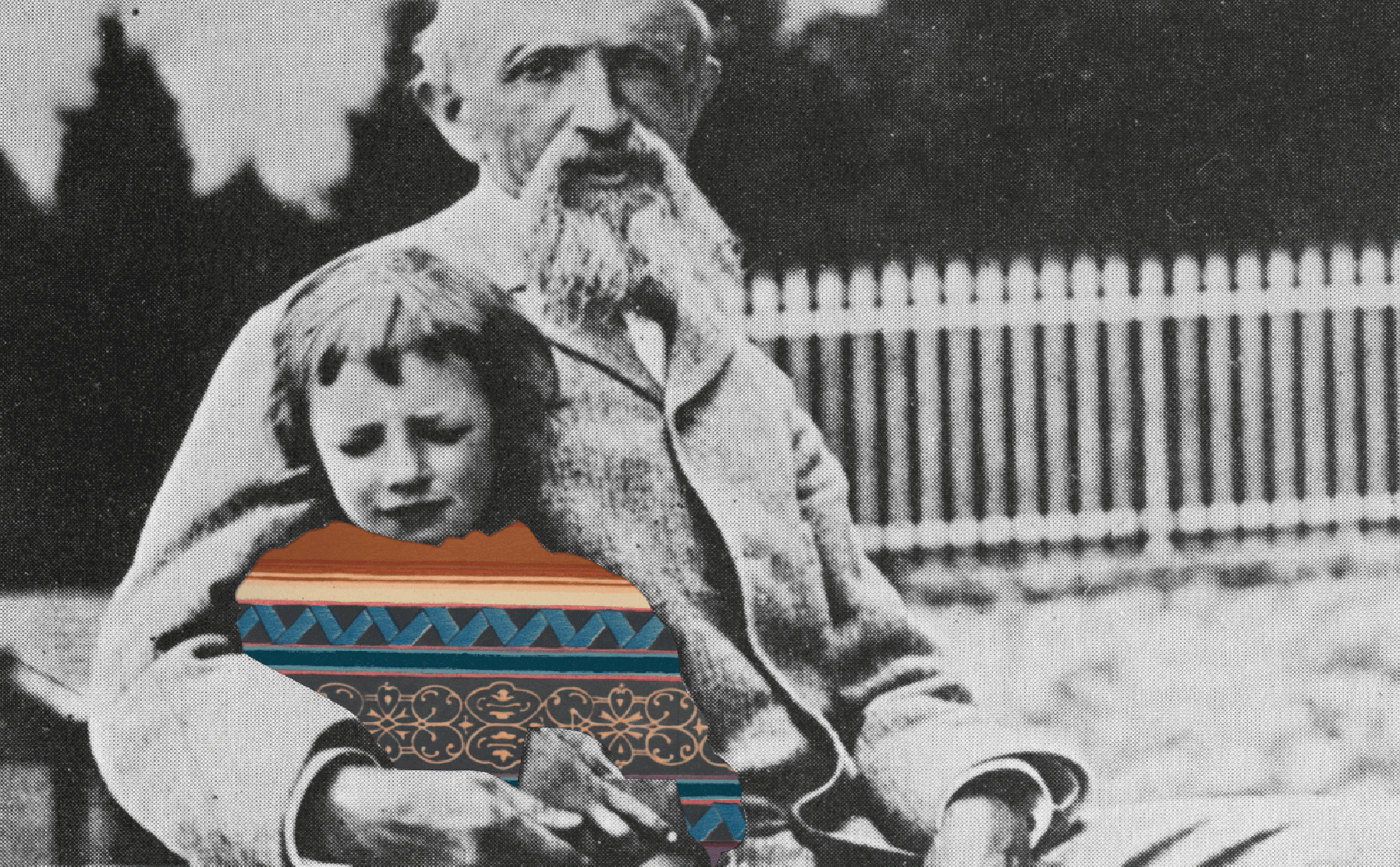 If you aren’t from Schio, a city of nearly 40.000 inhabitants by the foothills of the Prealps in Northeast Italy, or the neighboring area, you’ve likely never heard of Alessandro Rossi and his initiatives to boost employee wellbeing in the 19th century.

Think about Adriano Olivetti, Brunello Cucinelli and Yvon Chouinard of Patagonia, and any entrepreneur whose entrepreneurial activity thrived on the idea that profit should be reinvested for the benefits of the whole society, not today or a century ago––but in the nineteenth-century! There you go, please meet Alessandro Rossi.

Today, a book titled Grazie Alessandro (Thank you, Alessandro, in Italian) celebrates this acclaimed businessman and his accomplishments. I’ve been wanting to write about Alessandro Rossi for a long time since it’s always played a big inspiration for me.

In this article, I’m going to give you a sneak peek into Rossi’s life and business and share my conversation with the masterminds behind the book. So that not only can you make yourself acquainted with Rossi, but, hopefully, be intrigued enough to consider a visit to Schio––where you could probably also meet up with me––and its industrial archeology landmarks.

Who was Alessandro Rossi?

Alessandro Rossi (1819-1898) was a pioneer of the modern industry, industrialist, politician, and a huge source of inspiration for me.

Belonging to an ancient Venetian family of industrialists, he took over the famous Lanificio Rossi (the Rossi Woolen Mill) in Schio in 1845, which his father, Francesco, a wealthy sheep owner, had founded. Lanificio Rossi became the largest industrial complex of the time in the Austrian Empire firstly, and then in new-born Italy. At the end of the nineteenth century, he employed 800 workers with a turnover of over 3.000.000 lire. It was thanks to this remarkable growth, that Schio became known as the “Italian Manchester.”

However, Alessandro Rossi became a reference, and a subject of study today, for several other reasons. Not only was he a smart businessman who traveled overseas to visit the most innovative factories at that time, but he also was much of a friendly businessman, amongst the main proponents of paternalism, who cared for the wellbeing of his employees and to shape Schio and the neighboring towns as the ideal city.

Deservedly he was often referred to as “the leader of factories, weaver of cities” (“Capitano d’industrie, Tessitore di città”).

Schio is the modern, ideal city

The industrial history of Schio is inextricably linked to the Rossi family and Lanificio Rossi. In Schio, Alessandro Rossi had the idea of ​​a modern ideal city, almost a utopia.

Alongside new factories, he commissioned new “city pieces” such as the Nuovo Quartiere Operaio (Italian for New Workman District), a cutting edge town for services and comfort. The romantic Giardino and Teatro Jacquard (city garden and Jacquard Theatre), with 800 seats, designed by the architect Antonio Caregaro Negrin were meant to entertain the workers.

His legacy was a monument for his workers, the statue of the “Tessitore,” the Weaver, known by everyone as “l’Omo” (Venetian dialect for “The Man”).

Grazie Alessandro: the book about the visionary entrepreneur

To honor Rossi, Antonia Munarini, a Schio-born passionate private citizen and manager of the page Alessandro Rossi, decided to commission a new monograph about him. Titled Grazie Alessandro (Thank you, Alessandro, in Italian), the book was published in in 2015.

Grazie Alessandro is unlike any previous books about Alessandro Rossi. It’s not a typical history book nor an academic essay. Instead, it’s a highly-visual editorial monograph for anyone who is curious about his life, personal and entrepreneurial vision, and the history of his factory.

To date, you can find the book only in Italian in some local libraries and bookstores. Temporarily you can also find it in the bookstore of the exhibition Rossi200 that celebrates the bicentenary of the birth of Alessandro Rossi (opened until the end of March 2020).

I caught up with Antonia Munarini and the creative team: graphic and editorial designer Alberto Sola of Oliverlab and photographer Piero Martinello to learn more about the book and get some behind-the-scenes anecdotes.

We met over a glass of pinot grigio at Due Spade, a historical osteria in the center of Schio where writer Ernest Hemingway temporarily resided during his time in Northeast Italy during WWI.

What exciting story have you discovered while researching this book?

Antonia Munarini (AM): Rossi’s life is filled with many incredible stories. I was most impressed to know that Rossi personally sponsored the studies of his workmen’s orphans until they turned 18.

Alberto Sola (AS): I’ve been on a journey through places that you take for granted if you live here. It made me also think about the terminology spurred by the woolen industry to describe a social system, an organization, or a community. Think about tessuto sociale or tessuto produttivo (which respectively translates as “social fabric” and “industry sectors” where tessuto in Italian means “fabric”). Those who promote the city heritage, not only in terms of preservation but also reassessment and destination, can use this language.

Piero Martinello (PM): More than any particular story, it’s the sum of all the incredible stories and intuitions. In Schio, we are surrounded by all the buildings commissioned by Rossi. When we started to visually catalog all his accomplishments, the overall picture was astonishing!

Grazie Alessandro is a unique book: part biography, part history, and part company culture book with a contemporary touch. How have you reached this result?

AS: Through an artist’s book. We dismissed the classic concept of a book to embrace the idea of a book-object. It’s a more artistic and contemporary approach that invites the reader to engage with the book. You need to turn it around, break it open, and read the tiny booklets within the book as we’ve mixed languages, materials (more on paper next), and shapes.

PM: The main challenge has been to create a colorful, pop book about a notable person who lived in the nineteenth-century! If you think that almost all of the other books about Rossi are historical essays, we tackled the topic in an innovative way. We did so by playing with colors and combining unusual creative solutions. MART (The Museum of Contemporary and Modern Art of Trento and Rovereto) has invited us to present the book, which has been included in their collection.

The book features different types of paper and, even, booklets within the book. How did you choose it?

AS: I’ve spent a considerable amount of time researching and browsing through paper samples to get specific tactile sensations and ad-hoc printing solutions together with the typography and paper mill Fedrigoni. We chose Fedrigoni Arcoprint Milk as the primary paper solution, which, at the time of printing, was a new one. It’s milk-white and a little thicker than the usual paper.

Then, depending on the content, I selected a series of unique papers combined with specific printing solutions. The section with the original project of Quartiere Operaio was printed on tracing paper (the paper used by architects). We printed the introduction in red to match the tying thread on an ivory paper. There are so many other solutions that you can get a feeling of only by browsing the book.

How has the feedback from your fellow citizens been?

AM: I was afraid to publish this book because, in the past, Rossi had been the object of debate. Many people claimed that he was a capitalist who exploited his workers. For years, no one mentioned him. What if our idea wouldn’t have been well received? Instead, many people complimented us. Through the words of their fathers and grandparents, each citizen has positive memories of Rossi and his factory.

What could this book teach to companies looking to communicate their culture? Is a book still an effective medium?

AS: As much as each brand has its own identity, each organization has its history and heritage. Considering all the marketing strategies, both online and offline, a book can effectively convey company values and projects. A book is a physical object that occupies a space and creates authority.

PM: Last year, I opened a studio focused on company culture branding and storytelling with Piero Casentini, a local writer and contemporary historian. Alberto often works with us, along with a network of freelancers such as photographers, video makers, graphic and book designers.

We usually suggest a book, exhibition, campaign, or event to our clients to celebrate anniversaries. It’s not only a way to tell the history of the company and its people but also to shed new light on products or services. On the one hand, it’s celebratory. On the other, it offers a strategic positioning. Last year, the photo of a wrench made for the 40th anniversary of a machine tools component factory made the cover of Internazionale!

What could Alessandro Rossi teach to entrepreneurs today about employee wellbeing?

AM: Only if you care about your employees––the ‘human capital,’ as Rossi defined it––your business can grow. My husband is a small entrepreneur (the book was supposed to be a Christmas gift for his employees). He has always told me that the most crucial role of a business owner is to create a healthy work environment.

Rossi gives us many lessons. For once, to keep up with technological progress. Then, to travel abroad to get inspired by the latest innovations. Contribute to building social infrastructures like schools, kindergartens, and churches, and employ local resources (Schio could boast water and manpower). He also forged relationships with influential people. At a time when emails didn’t exist, Rossi used to write ten letters a day. Check his Archive, if you don’t believe me. And, when his company became the largest in the new-born state of Italy, he understood that he had to become a politician, move to Rome, and contribute to the new laws for the woolen industry! If he wasn’t smart, I don’t know who he was!

This interview has been edited and condensed.

Many thanks to Mich Bondesio for her help with some terminology.

What is your biggest insight or takeaway from this conversation, and how can you turn that insight into action?

I want to ask you the same question I asked Antonia: What could Alessandro Rossi teach your today? Please let me know in the comments.

Important: share your thoughts and ideas directly in the comments. Links to other posts, videos, etc. will be deleted as they come across as spammy.

Keep one thing in mind, though. For us living in the 21st century, it’s easy to judge––and sometimes criticize––events that happened in the past, a century or two ago. In hindsight, and with that knowledge, everyone can do that. Keep things into perspective, keep what works for you, and leave aside what doesn’t. 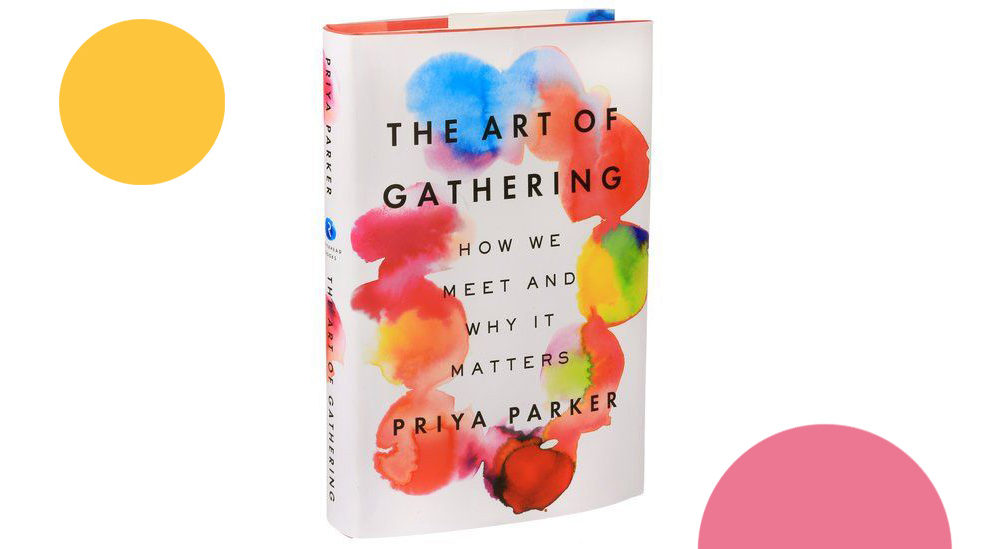 Must-Read Books: The Art of Gathering by Priya Parker
How to Adopt a New State of Mind that Transforms How We Work